The city of Mumbai is no stranger to scandals. Just as newspapers and television channels were agog with the Sachin Vaze scandal recently, scandals in the past too have grabbed the attention of the people and the press alike.

One of the most notorious scandals of the Victorian era was the Arthur Crawford Scandal.

Arthur Travers Crawford, Bombay’s first Municipal Commissioner (1865–71), was credited with improving the city’s infrastructure and sanitation. One of Bombay’s most popular marketplaces, the Crawford Market, was built during his tenure as Municipal Commissioner and was named after him (it is now renamed Mahatma Jyotiba Phule Market). However, the ambitious and flamboyant Crawford, later as a Revenue Commissioner, found himself at the center of an enquiry accusing him of receiving bribes from Indian officials involved in the colonial administration. Crawford was charged with taking money from Mamlatdars and other subordinate officials in lieu of giving them preferential posts or allowing them to continue in certain departments. The enquiry against him opened in 1880 and he was tried before a special commission headed by Justice Wilson of the Calcutta High Court. Subsequently, though he was acquitted by the commission, the then Governor of Bombay, Lord Reay removed his name from the ranks of civil servants in India. Facing ignominy, Arthur Crawford who had served in many roles in the Bombay administration, retired to London where he passed away in 1911. 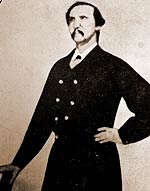 The 1920s saw another scandal that involved a heady combination of love, murder and royalty.

In January 1925 a businessman, Abdul Kader Bawla was travelling with his mistress when his car was blocked by two other cars at Malabar Hill. A few men emerged from them and tried to abduct his mistress, Mumtaz Begum. In the scuffle that ensued, Bawla was mortally wounded. Mumtaz however had a lucky escape when a few English military officers returning from a game of golf came to her rescue. This murder and attempted abduction caused a sensation, especially because all the nine men identified as the assailants were connected to the princely state of Indore. Investigations revealed that Mumtaz Begum was a “singing girl” who performed at the court of Tukojirao III and later became his mistress. After spending a decade at the Indore court she fled and came to Mumbai where she was in a live-in relationship with Bawla.

Besides sentencing the accused, the Judge hearing the case alluded that there “may be other persons who were interested in kidnapping Mumtaz and that Indore was the place from where the attack emanated". The press too was quick to point out the connection between the murder and attempted kidnapping, and the Maharaja. This left the British government with no option but to act. Maharaja Tukojirao III was told either to accept the commission of enquiry or voluntarily abdicate, which he did in 1926 thus bringing a sordid saga of Royal obsession to an end.

A similar scandal of romance and murder would make headlines some 34 years later when naval commander Kavas Nanavaty shot dead his wife's lover, businessman Prem Ahuja. Both these scandals were later re-enacted on the screen. Mumtaz's tale was retold in the movie Kulin Kanta whilst the Nanavaty episode formed the basis of 3 movies, Yeh Raste Hain Pyar Ke, Achanak and Rustom.

With India gaining independence, civil servants and Royalty were less in the news than were politicians. And one such scandal involving an incumbent Chief Minister erupted in 1981.

Abdul Rehman Antulay was elected Chief Minister of Maharashtra in June 1980. A known loyalist of Prime Minister Indira Gandhi and her son Sanjay, he launched a trust, Indira Gandhi Pratibha Pratishthan. It was a time when cement was in short supply and cement quotas were allocated to builders. Allegations soon surfaced that Antulay favoured those who made contributions to this trust for receiving quotas. Surprisingly, these allegations came from within the ruling Congress Party. Maratha leaders in the Congress upset with a shift in the balance of power accused Antulay of misuse of office. Noted advocate Ram Jethmalani too jumped in the fray. Claiming to take up the matter to expose the corruption in the Congress Party, he agreed to fight the case for free. Besides the strictures passed by the Bombay High Court, the involvement of the name of the first family of the Congress Party, namely the Gandhis sealed Antulay’s fate. He resigned as Chief Minister in January 1982. 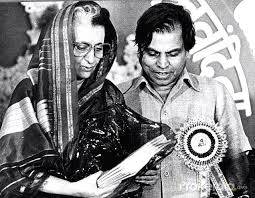 Now, with news beaming all day one can be certain that more scandals will emerge from a society that is fast-changing, restless and ambitious.