When one travels outside Mumbai there is a chance that one may come across a name on a food stall that reads “Bombay Bhel Puri”. Much before Vada Pav became the signature snack of Mumbai, Bhel Puri, or just called bhel was the chaat of choice for Bombayites. It was the go-to snack when outing at a park or beach. The multitude of people eating bhel at Girguam Chowpatty and Juhu beaches are a testimony to this. Over the years many streets in the city had their own bhelwala vending this chaat under a shady tree or a prime corner. Such was the popularity of Bhel Puri in Bombay that the name of the city got associated with it. 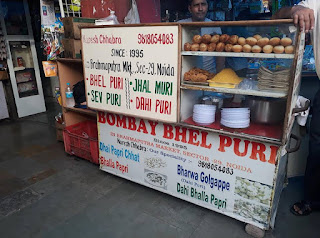 The word ‘Chaat’ is derived from the Hindi verb ‘Chaatna’, meaning to lick. And this chaat, like Mumbai’s diverse potpourri of immigrants from all over India, is a mixture of different ingredients, flavours and textures.

One of the earliest vendors of Bhel Puri in Bombay was Vithal Khadawala who came to this city from Surat in 1875, and sold bhel under a tree opposite New Empire Cinema near Victoria Terminus (now CSMT). He operated from there for many years until he was evicted by the Municipal Corporation in 1939, prompting him to move to a rented shop in the vicinity and start his own restaurant, eponymously called Vithal Bhelwala. Whilst Vithal Bhelwala is presently closed, one can sample Vithal’s Bhel next door at the Vithal’s Family Restaurant and Bar run by his descendants.

But, like other chaats, Bhel Puri is best enjoyed at a roadside stall. Besides eating it, the other joy comes from watching the vendor put it together in a paper cone made from pages of discarded magazines. The main ingredient is puffed rice to which he adds sev, crushed puris, diced onions, chopped boiled potatoes, sweet and spicy chutneys, all of which he mixes with a few firm twists of his hand before topping it off with a squeeze of lime, some more sev and finally coriander. Finely diced green mango is a welcome addition. And the way to eat is not with a spoon, but with a puri. This mixture tastes crunchy, soft, sweet, sour, and spicy all in the same bite creating a fusion of flavours in the mouth, and sometimes tears in the eyes which is quickly remedied with a handful of ‘sev-kurmura’ generously dispensed by the bhelwala. 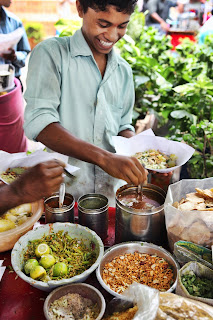 Such are the emotions attached to this chaat that many people prefer to have it from a particular bhelwala, swearing that his bhel is the best in town. But no matter where you have it, this is one snack mixture that will always be connected to the soul of cosmopolitan Mumbai.

Many Mumbaikars as well as visitors to Mumbai have not visited a charming but grand colonial bungalow in a very scenic location, in the midst of flora and fauna, and surrounded by the sea on three sides. Yes, that’s Mumbai’s Raj Bhavan and it is open to visitors who need to take an early morning guided tour to see around this beautiful property. 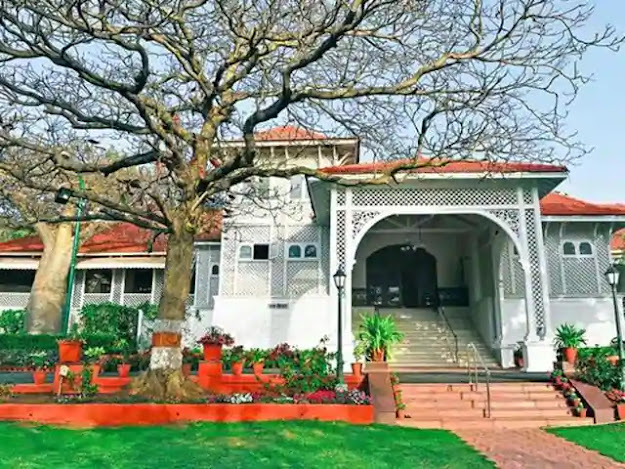 The present Raj Bhavan, the official residence of the Governor of Maharashtra is situated at Malabar point, the tip of the Malabar Hill gradient. But in the last 355 years of Mumbai’s history, this is the fourth location on which the Governor’s residence stands.

When Humphrey Cooke became the first governor of the islands of Bombay in 1665, there was no residence officially marked for use by the governor. There existed a Government House which the Portuguese called the Manor House, but in 1665 this building was in a bad shape having been burnt down earlier by the Dutch and the British when they invaded the Portuguese held islands of Bombaim. Subsequently, this building, situated behind the Asiatic Society building in Fort was repaired, fortified and renamed Bombay Castle. It became the official residence of the English Governors of Bombay from 1674 onwards.

In 1757, the government of the day purchased John Spencer’s House at Apollo Street (now Bombay Samachar Marg) for use by the Governor, and renamed it New House. With the passage of time, as Bombay began to grow and the heart of the city, Fort became congested, Governor William Hornby preferring  “the climes at the occasional hot weather residence at Parell”, shifted residence there. However, the administration continued to function from New House for a few more decades before shifting to Parel. New House still stands, now occupied by many commercial firms, making it one of the oldest standing buildings in Mumbai.

In 1827, the Government House during the tenure of Sir John Malcolm moved entirely to Parel. This grand colonial building surrounded by gardens in the peace and quiet of an idyllic ‘suburb’ of Bombay was aptly called Sans Pareil, meaning without peer or beyond compare. It was indeed a grand mansion where “melody and mellifluous voices filled the Durbar Hall during gala evenings when china and crystal would glitter under the chandeliers in the Banquet Hall”. Many memorable events in Bombay’s colonial history took place at Sans Pareil. It was here that Governor Jonathan Duncan held a banquet in 1804 to launch The Literary Society of Bombay which is now known as the Asiatic Society.  It was in this building that the future King-Emperor Edward VII and the last Czar of Russia, Nicholas II were entertained when they visited Bombay. Sadly, with the mills coming up in and around Parel in the second half of the 19th century and the resultant rise in pollution, this place was abandoned in 1882 after the wife of Governor Lord James Fergusson died here of cholera. Like New House in Fort, the Government House at Parel still stands and is now known to us as the Haffkine’s Institute.

Governor Sir Richard Temple initiated the formal transfer of the Government House from Parel to Malabar Point. Marine Villa, the building that housed the early residence and office of the Governor stood on a fifty-acre property laced by beach and forest. Over the years many more structures were added to make it into a formidable administrative complex from where British Governors held sway over large swathes of Western India known as the Bombay Presidency.

Upon independence, Government House was renamed Raj Bhavan. The Raj Bhavan serves not only as a residence to the Governor of Maharashtra but also for visiting dignitaries such as the Prime Minister and the President of India, as well as visiting heads of state. Momentous occasions such as swearing-in ceremonies and functions felicitating litterateurs and artists are also held here.

The Mumbai Raj Bhavan has a precious collection of beautiful carpets, paintings, exquisitely carved doors and elegant French style chairs and sofas with intricate portraits on them, and is a treat to the lovers of art and history.

Most significantly, Mumbai’s Raj Bhavan at Malabar Point breathes a century and a half of history making it a must-visit destination for all wanting to know more about our city.

Due to the Coronavirus pandemic suburban trains in Mumbai, generally called Locals, are not in service for general commuters. A few daily services though are run for those working in government departments or in essential services. And indeed, without this lifeline, Mumbai has come to a standstill. These Locals are an integral part of every Mumbaikar’s life, and though some do not use it themselves, they too depend on it. Think of it, the milkman, the newspaperwalla, the dabbawallas, our servants and others on whom we depend, rely on this untiring and reliable electric workhorse, just as generations before us have. Before the first electric Local was run on 3rd February 1925 between Victoria Terminus and Coorla, local services were operated using steam locomotives, as seen in the picture below. Originally the local services on the Bombay Baroda and Central India Railway or BB&CI (now known as Western Railway) operated up to Colaba. With the closing of the Colaba Railway Station in 1930 the mainline services were terminated at the newly built Bombay Central terminus, whilst the suburban services extended up to Churchgate. Coming back to electrification, the electric local trains, known as Electric Multiple Units or EMUs, first began with the use of 1500V DC traction in 1925. Nearly 90 years later the entire suburban network of WR and CR was converted to the more efficient 25000V AC traction in line with that used in the rest of the country. Initially, each EMU rake consisted of 4 carriages. Later, as passengers increased, the number of carriages or cars was increased to 6, then 9 and 12, with a few trains running with 15 cars. Now over 7.6 million passengers are ferried daily by Western, Central, Harbour and Trans-Harbour suburban trains making it the busiest network in the world! And this network continues to expand as the Mumbai Metropolitan Region keeps growing. And so, till the Locals do not function on a regular basis, as they did before 22nd March, the pulse of Mumbai’s heartbeat will not be the same. 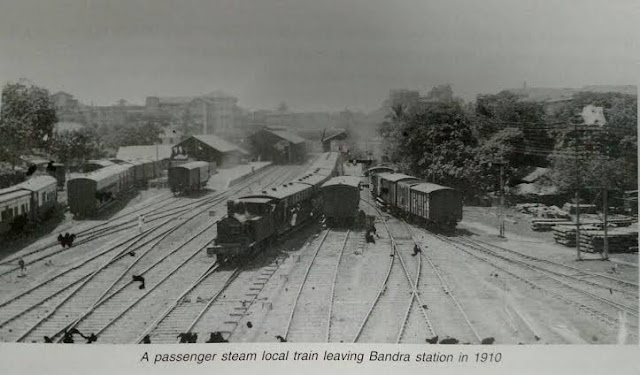