The 20th century saw a paradigm shift in the way we live and work. The ease with which we do most things today is a far cry from the struggle and hard work that went into accomplishing them earlier.

The industrial revolution began in the late 18th century, but many of its practical benefits were available much later.

One of the early time and effort saving devices appeared in 1873. Correspondence, both official and personal, since time immemorial, was handwritten. With the advent of the typewriter, letter writers got replaced by a solid square machine that went clickety-clack and churned out reams of paper in a uniform font. It helped speed up communication and made reading letters and messages easy. It wouldn't be wrong to say that the typewriter performed another cultural transformation; it got women into a place that was strictly the domain of men - the office! Soon stenographers, primarily women, became an integral part of offices. Many went on to become personal secretaries and accountants. Later, with the spread of education, women now hold important positions in management. But it all began with the humble typewriter!

We are all in the midst of a heatwave. And imagine how uncomfortable it would be were it not for the fan? The earliest fans recorded in history were hand-operated. Later, hydraulically operated fans were developed in China during the Han dynasty. The mid-nineteenth century saw the development of steam-driven fans. They worked on the principle of pistons pushing a crankshaft to rotate the blades. These were table models that required inserting a kerosene or oil lamp into its base to generate steam which propelled the pistons. In the 1880s, German-American inventor Philip Diehl attached blades to a sewing machine motor and fixed it to a ceiling. With that began the era of the modern fan. Today we have all kinds of fans: Ceiling, Wall, Table and Pedestal mounted to keep us cool. Further developments in this concept led to the Air Cooler, which blows cool air from moistened pads placed behind a fan. In the last few decades the fan and the air cooler have been replaced by the air conditioner with our homes, offices, transport and public spaces increasingly becoming airconditioned. 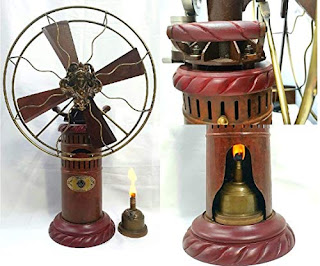 Never mind what the quick delivery adverts say these days, we do need the Refrigerator or Fridge. Earlier, ladies at home prepared freshly cooked food before mealtime as one could not store food for long, especially during summer. With the arrival of the Fridge in the early twentieth century, it became possible to keep fruits, vegetables, eggs, butter, and desserts unspoilt for days. Nowadays, cooked meals are stored in the Fridge too, only to be heated in the microwave later. Another essential function the Fridge performs is to make ice. The freezer which makes the ice, also cools our beverages quickly and keeps frozen food good for months. All said and done; no kitchen is complete without a Fridge. 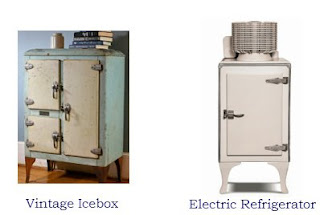 Besides the Fridge, another appliance that is an essential part of the kitchen is the modern kitchen stove. Be it a gas stove or an electric one, every kitchen has it. Before the advent of the modern stove, food was cooked on an earthen stove fuelled by wood or coal. The problems with the earthen stove were that it produced smoke, took time to start, and the cooking process was slow. With the availability of piped gas as early as the 1790s in the UK, initially for lighting and later for cooking and heating, the modern stove made of metal made its entry into the kitchen. The concept of multiple burners came with the new stove, which meant that one could simultaneously cook more than one dish. The flame could be ignited, controlled and put off with a twist of the knob. All this made cooking easy and did not fill the kitchen with health-harming smoke. 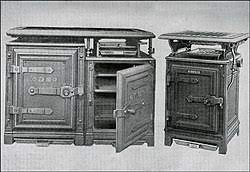 As the world's population increased exponentially in the last 120 years, living and working spaces have gone vertical to accommodate more people in existing areas. Cities and large towns now have multi-storeyed homes, offices, and even factories. This shift from the horizontal to the vertical was made possible by the invention of the Elevator or Lift. Thanks to the Elevator, we now zip up and down multi-storey buildings and move materials with ease. Gone are the days when one had to climb up and down the stairs, even though buildings were usually two or three floors high. This 'exercise' was especially tough for the elderly, sick and disabled. If today we see a change in our city's landscape, it is thanks to the Elevator, introduced by an American, Elisha Otis, in 1853 in New York. 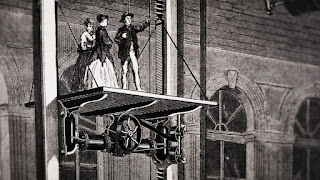 Washing dirty linen and clothes was always a backbreaking chore, what with all the scrubbing and squeezing required to get the dirt off our clothes. Thanks to the washing machine, all we need is to add a measure of detergent, press a few buttons, turn a knob and presto! we have clean clothes within 45 mins to an hour. These machines were invented in the 1850s and were at first manually operated. Later, many inventors improved the technology over the following years, giving us the modern washing machine without which most modern urban homes are incomplete. 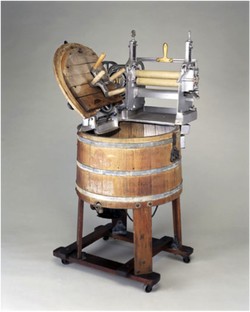 But the main driving force for these gadgets and appliances to succeed was the availability of running water, piped or bottled gas and electricity. Without these, none of the modern devices that have become an integral part of our daily lives would have seen the light of day.
at May 31, 2022 2 comments: