Today when we think of homes of Bollywood stars we think of Bandra, Juhu and Versova. But in the 1930s and 40s most of these areas were not as urban as they are today. And most people who worked in Bombay preferred to live in the island city. And so was the case with yesteryear’s movie stars, quite a few of whom lived in Matunga.

Earlier, Hindi films were made not just in Bombay but in Calcutta and Lahore as well. However, by the early 1940s many film personalities made their way to Bombay realising its growing importance.

Prithviraj Kapoor who had arrived in Bombay 1928 lived at Matunga's Punjabi Galli situated between Adenwala Road and VJTI and, a stone's throw away from Five Gardens. Though the official name of the street is R. P. Masani Marg, the name Punjabi Galli was apt as most of these actors were Punjabis. Besides Prithviraj Kapoor, there were Kundan Lal Saigal, villain Madan Puri and director Lekh Tandon, to name a few.

Prithviraj Kapoor lived with his extended family which included his father, his siblings and of course his own family that included future stars of Hindi Cinema – Raj, Shamsher Raj (Shammi) and Balbir Raj (Shashi). His home was open to many young men who had come to Bombay to seek their fortune in Hindi films. One of them was Lekh Tandon who went on to become a well-known film maker. Whilst Prithviraj Kapoor's younger brother Trilok Kapoor made a name for himself often playing the role of Lord Shiva.

The other famous resident of Punjabi Galli was Swar Samrat Kundan Lal Saigal. His voice had won him stardom at New Theaters, Calcutta in their Hindi and Bengali movies, and he later moved to Bombay in 1941 / 42 to join Chandulal Shah’s Ranjit Movietone. He stayed in a building called Radha Kunj (now renamed Amar Kunj) with his wife Asha Rani and their children. Saigal would often host family and friends for a movie on the terrace of his building.

Another resident of Radha Niwas was the family of Madan Puri, Hindi cinema’s quintessential villain. He was a cousin to K. L. Saigal who helped him find a footing in the film industry here. Madan Puri later went on to do the same for his younger brother Amrish Puri, famously known for his dialogue “Mogambo Khush Hua”.

Well known actor-writer-director J. K. Nanda also resided in Punjabi Gully. He is credited with writing the script of Mirza Ghalib which was the first film to win the President’s Gold Medal. Naturally, his house was often visited by beautiful heroines such as Suraiya, Nargis, Madhubala and Nimmi which was quite an attraction for the other residents in the lane. Another attraction was Shammi Kapoor dressed in his shorts, walking his Alsatian dog in the lane which brought out the galli’s girls to their balconies. The galli was also used for lane cricket which the Kapoors, the Tandons and others played in their spare time, using the fire hydrant as stumps.

Punjabi Galli was also home to popular actor–director Manmohan Krishna, himself a physics professor, and Jagdish Sethi who co-acted with Prithviraj Kapoor in India's first talkie, Alam Ara. In the next lane lived K. N. Singh known for his “gentleman-villain” roles, often seen onscreen smoking a pipe whilst dressed in fine suits. His hallmark style was his menacing look whilst delivering dialogues in a cold, calm manner. 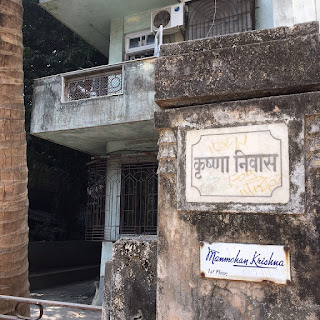 There was a lot of bonhomie between the families of these film personalities. They would frequently visit each others homes whilst their children played together. Manmohan Krishna who had done his M.A. in Physics would also teach the children. And, they were ready to lend a helping hand when the need arose.

There were others like actor Jayant (Amjad Khan's father), music composer Anil Biswas, actors P. Jairaj, Kanaiyalal & Bharat Kapoor, singer Manna Dey, danseuse Sitara Devi as well as the noted director and screen writer Phani Majumdar all of whom lived in Punjabi Galli. Many are not aware that P. Jairaj who starred in movies of the 40's & 50's and a winner of Dadasaheb Phalke Award, was a nephew to Sarojini Naidu. Whilst Phani Majumdar had made a name for himself in New Theaters, Calcutta before shifting to Bombay.

Over time as Bombay expanded many actors in the mid-1950s made Bandra and Juhu, their new home. Availability of open plots meant they could build their own spacious and luxurious bungalows there.  Members of the Kapoor family too moved on with Raj Kapoor setting up his studio and residence in Chembur and, Shammi and Shashi Kapoor shifting to the Malabar Hill area of South Bombay. However, the aura of Punjabi Galli, also known as Actor’s Lane or Hollywood Lane will continue to live on, especially in the memory of many senior citizens as well as in the children of those who began their 'filmy career' in this nondescript lane.

The two Gateways of Bombay

Almost all Mumbaikars must have at some point of time visited the Gateway of India at Colaba. But very few know that there is another Gateway of India in Mumbai, at Gamdevi to be precise, a miniature version of the original, but built by the same man who constructed the one at Apollo Bunder. 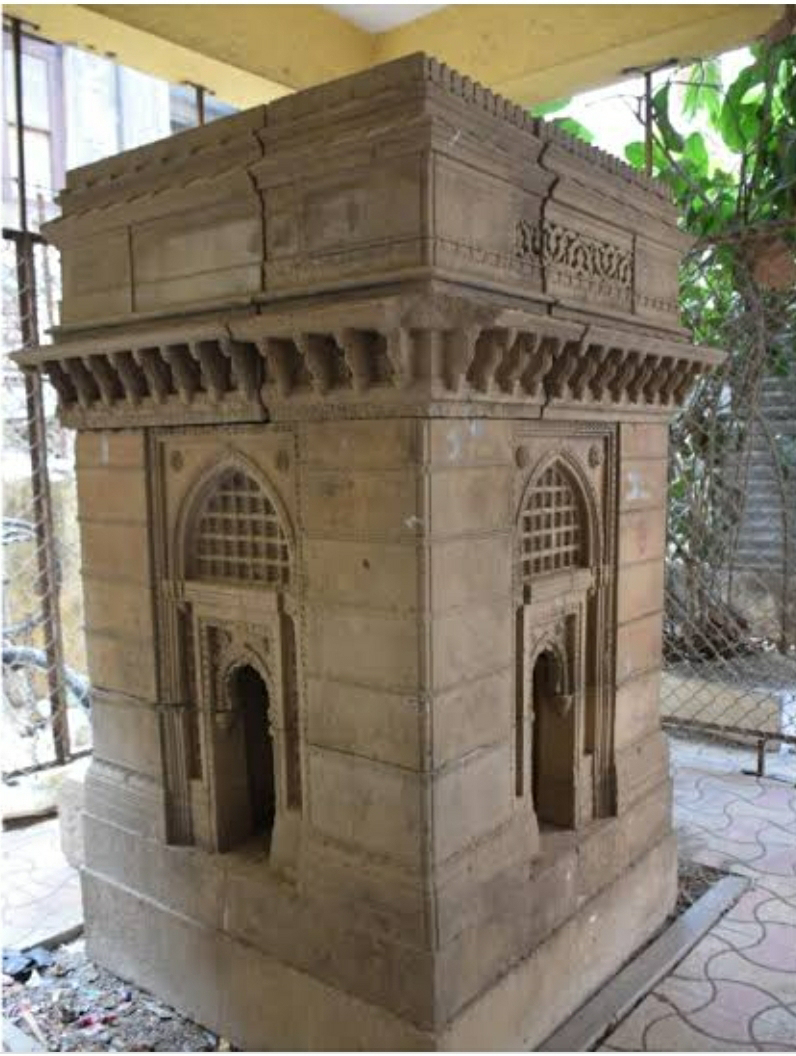 Yeshwantrao Harishchandra Desai worked as an Engineer in the Public Works Department of Bombay. Born in 1876 to a family of Architects and Engineers, he did his schooling at Wilson High School before joining his uncle as an unpaid assistant. Young Yeshwantrao showed his mettle when he was sent on a survey of a plot by his uncle, himself an honorary Assistant Engineer in the PWD. His work impressed an English officer who offered him a permanent job in the PWD at a handsome salary of Rs.10/- pm. But Yeshwantrao was not one to rest on his laurels. He decided to study further and applied for the Elementary Architecture Exam from the Sir J J School of Arts and later obtained the A.I.M.E. degree.
Yeshwantrao was fortunate to be at a very opportune time in the history of Bombay. Great buildings were coming up around the turn of the 19th century. And, many of these bear the mark of this outstanding civil engineer. The grand dome of the GPO building, a difficult piece of construction, is credited to him. The other monumental structure built during early 20th century, the Prince Wales Museum, also bears the stamp of his skill and competence.
With these accomplishments behind him it was only natural that when the King George V arrived in India in 1911 for the Delhi Durbar, the construction of the monument to be built to commemorate his landing at Apollo Bunder would be given to this talented engineer.
The architect of Gateway of India was a man of equally outstanding abilities, George Wittet who has also designed the Prince of Wales Museum. Construction of the Gateway began in 1913 and it took 11 years to build this beautiful triumphal arch.
The miniature Gateway of India which Yeshwantrao built at his residence was built with the same Malad Basalt stone which is used at Apollo Bunder. It was built when the construction of the Gateway of India began and it is said that this miniature model was perhaps used by him as a reference model.
Besides these two important landmarks of Bombay, he is also credited for building the Institute of Science and Sir Cowasji Jehangir Public Hall. 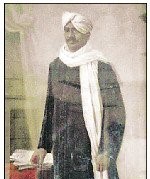 For these achievements, he received high praise not only from his employers and architects but also from the government who conferred upon him the title Rao Sahib.
It can be truly said that for the magnificent designs of architects like F. W. Stevens and George Wittet to come alive, outstanding civil engineers like Yeshwantrao Harishchandra Desai were required.
at March 21, 2021 No comments:

Television came to Bombay on Gandhi Jayanti, 2nd October 1972. And the first Hindi movie telecast was, not surprisingly, Ram Rajya, the only...