As I listened to Bhoole Bisre Geet, a music program on Vividh Bharti featuring popular songs of yesteryears, I reminisced about those lyricists who wrote such meaningful and captivating songs for Hindi cinema. The names that immediately came to mind were Majrooh Sultanpuri, Shakeel Badayuni, Shailendra, Sahir Ludhianvi, Rajendra Kishan, Hasrat Jaipuri, Kaifi Azmi and Kavi Pradeep. However, besides these songsmiths, there were other brilliant lyricists who, like some of the songs they wrote, are forgotten today. As I look back, here are a few Geetkars whose compositions we still hum but cannot easily recall their names.

Who can forget those evergreen numbers from Kashmir Ki Kali? Songs like “Diwana Hua Badal”, “Taarif Karun Kya Uski” have gone down as unforgettable melodies which were penned by Shamsul Huda, better known as S. H. Bihari. A resident of Madhupur in Jarkhand (earlier Bihar), Bihari was an Urdu poet and lyricist who wrote many memorable romantic songs for Hindi movies often pairing with noted music director O P Nayyar, better known for his rhythmic tunes. He began his lyrical journey in Hindi cinema with the 1954 movie Shart in which he gave the hit song "Na Yeh Chand Hoga, Na Taare Rahenge". Later for the 1962 box office hit Ek Musafir Ek Hasina he penned "Bahut Shukriya Badi Meherbani" which remains popular even today. But his crowning glory was the 1964 Shammi Kapoor - Sharmila Tagore super hit Kashmir Ki Kali in which he gave us some of the most seductively alluring romantic songs picturised in Hindi cinema. Later, for three movies released in 1966, Sawan Ki Ghata, Mohabbat Zindagi Hai and Yeh Raat Phir Na Aayegi, he penned enduring lyrics like "Zulfon ko Hataa le Chehare Se", "Zara Haule Haule Chalo More Sajna" and "Yehi Woh Jagah Hai Yehi Woh Fiza Hai". And whilst he went on to write lyrics for songs in Hindi movies for two more decades, some of which we hear even today, he slowly faded from the limelight as other poets like Anand Bakshi and Gulzar took centerstage. 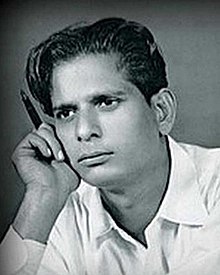 During the 1960s and early 70s, when patriotism was often the theme in Hindi movies, many songs echoed this sentiment through lyrics that roused nationalist fervour. And a lyricist known for his patriotic verse was Prem Dhawan. Dhawan, born in Ambala in 1923, was a multitalented personality. He began his career with the Indian Peoples Theater Association and later learnt music from the maestro Ravi Shankar. Though he got a break in Hindi cinema with the K A Abbas' 1946 release Dharti Ke Laal he came into his own in 1961 with the song "Aye Mere Pyaare Watan", now often heard on Republic and Independence day, which he penned for the film Kabuliwala. Another popular number "Chhodo Kal Ki Baaten, Kal Ki Baat Poorani" from the film Hum Hindustani released in the same year urged the nation to break free from the past and move forward towards a glorious future. But it was his association with actor Manoj "Bharat" Kumar that he made a name for himself. Not only did he write lyrics for Manoj Kumar, but also composed music for his movie Shaheed which has the iconic song "Mera Rang de Basanti Chola" penned by him. Apart from being a lyricist and composer, Dhawan acted in two movies; Lajawab in 1950 and Goonj Oothi Shehnai released in 1959. The year 1970 was a big year for Dhawan what with the release of Purab Paschim, Mera Naam Joker and the Punjabi film Nanak Dhukhiya Sub Sansar which won him the National Film Award for Best Lyrics. And though he continued to write lyrics and compose music for Hindi and Punjabi movies in the 70s and 80s, his peak as a lyricist and composer was well past him. 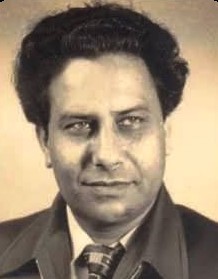 Mera Naam Chin Chin Choo, the foot-tapping flirty number picturized on Helen and sung by Geeta Dutt in the film Howrah Bridge was written by Qamar Jalalabadi. Qamar, whose real name was Om Prakash Bhandari, was born in 1917 in Jalalabad, a village in Amritsar district. He began writing poetry from the tender age of seven. A wandering poet Amar Chand Amar acknowledging his craft gave him the pen name Qamar, meaning moon. As was the trend with poets in those days Qamar suffixed the name of his village to his pen name. Realising that the film industry offered an opportunity to poets like him he came to Bombay in the 1940s where he penned lyrics for the next 40 years. Some of his early memorable songs include "Sunti Nahi Duniya Kabhi Fariyaad Kissi Ki", "Dil Kis Liye Rota Hai...Pyar Ki Duniya Me Aisa Hi Hota Hai" and "Ek Dilke Tukde Hazaar Huye, Koyi Yahan Gira Koyi Wahan Gira". But it wasn’t that his repertoire included only sad songs. He showed his versatility with the romantic "Dil Le Gaya Koi Dil Le Gaya" sung by Suraiya and Shamshad Begum for the film Sanam, or the boisterous "Khush Hai Zamana Aaj Pehli Tarikh Hai" which was sung by Kishore Kumar in his inimitable style for Pehli Tarikh. Radio Ceylon popularised it by playing the song at the beginning of every month for many years! But the turning point in his career came in 1958 with Howrah Bridge. Besides "Mera Naam Chin Chin Choo", the seductive "Aaiye Meherbaan, Baithiye Janejaan" sung by Asha Bhosale became an instant hit. His other evergreen songs that are played even now are "Ek Pardesi Mera Dil Le Gaya" from Phagun, "Mein to Ek Khwab Hoon" from Himalay Ki God Mein, "Deewane Se Yeh Mat Poocho" from Upkar and the chart-buster "Dum Dum Diga Diga Mausam Bheega Bheega" from Chalia. 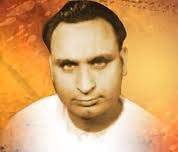 Qamar Jalalabadi enriched Hindi and Punjabi cinema with nearly 700 songs in 156 films, his last one being the Punjabi film Qahar which was released in 1995.

Like these three Geetkars, there were many others who wrote endearing lyrics for film songs in all genres, whose words we still remember but sadly cannot recall their creator.